Below is a gallery of work I did on the card game Kibbles and Spliffs, a companion tabletop game to Copper. 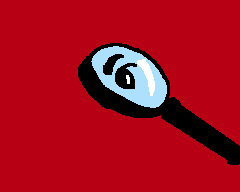 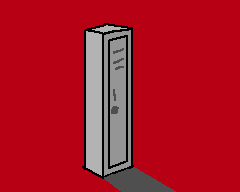 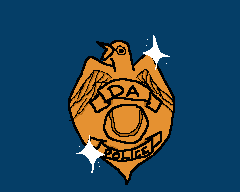 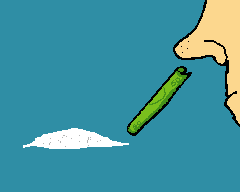 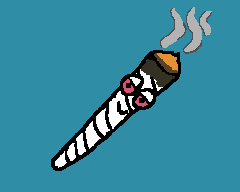 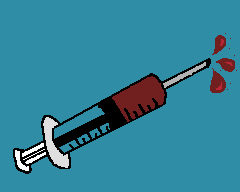 I now know the basics of AI Pathfinding! I had the opportunity to work on a project that allowed a little bot to get to a goal planet using A* Pathfinding.

It calculates the easiest distance to take towards the planet while considering gravity and teleporters.

I worked on creating the grid space that A* would use for calculation and the basic code for the teleporters.

YOU CAN LOOK AT AND DOWNLOAD THE PROJECT VIA GITHUB

Last Semester wasn’t an easy one

Now a semester away from the end, and all major due dates finally behind me, I find that now is the time to reflect. A lot of things happened: I was joined by some of the best people in my cohort to make my silly little adventure game. I got to work on an intriguing grant proposal with Robert Hone, a game designer that has worked with the NIH and NSF to create games to educate and engage children and those with health issues. I even got so meet some amazing undergraduates as we struggled to understand the basics of artificial intelligence together. And I can (and probably will) take the time to write out posts to expand on each of those experiences I wanted to use this post to talk about my most interesting interaction yet; my internship.

END_OF_DOCUMENT_TOKEN_TO_BE_REPLACED

Back in my undergraduate days, I lived in a cozy 3 bedroom apartment with 3 other girls few minutes away from the Staten Island campus of my school. Unfortunately for all four of us, we ended up having to commute to the Queens campus of our school which meant getting up early in the morning to catch a bus at 5 AM. More often than not, all four of us were able to make the trek together, but there were times when others chose not to go or our schedules weren’t in sync to go together. On those early mornings, there were two choices when getting to the bus; a long walk around the neighborhood that often led to missing the bus or a short 5 minute route that took you up a long staircase and through two alleys. Those early mornings could be a little frightening on the right days. During our last two years of undergrad, there was a person going around to different apartments and looking into the bathrooms while women were showering, even trying to grab some women as they tried to run out. Couple that with the fact that reports had been going around of a man grabbing women’s private areas and a strange clown that would show up random places on the Island (as local Staten Islanders used to call it) and more often than not my roommates and I left early to take the long way to the bus. But that often didn’t work out when late night papers and much needed talks had you running around the apartment to get where you needed to go. The alley route was not fun at night. There were only two lights that gave you any idea of what was ahead of you and lots of places and corners where anyone could jump out at you. The only real comfort were the feral cats that would pop out to check who was approaching before meowing and walking away.

My roommates and I would often talk with our male friends about how scary the alley route could be. That you were always looking behind your back, and if any other girls were walking behind you they would announce their presence as not to scare you. They often retorted that we were just being paranoid. Nothing ever happened in those back alleys and nothing ever would. We were just inventing stories to scare each other and get attention. While we ended up going unharmed through graduation, is common among many women who need to get where they’re going. I have heard and read and watched countless stories where women held their purses a little closer to themselves or turned their keys into weapons when passing by men that stared at them for too long. And while it’s true that not every man on the planet is a sex-crazed beast ready to attack, the facts prove that women have the right to be concerned. No matter the time of day or year, no matter if the place is familiar to them, women will become the victims of murder, harassment and sexual abuse simply because of their gender identity.

But often when women tell people of their concerns, they are often dismissed. The list of excuses is endless; “That could never happen to you,” “You’re just talking crazy,” “Well maybe if you didn’t dress like that there wouldn’t be a problem,” “Not all men are like that.” The list goes on and on, and only allows for the voices of women that do get harmed to get silenced when they so desperately need to get heard. But there may be a way to change all that. Videogames as of late are growing into a powerful platform. Numerous developers have entered this space in order to shed light on issues that both the world and they themselves face in order to shed light and bring justice to the matter. However, the industry still has a lot to learn; it is in a constant struggle to find equilibrium on the issues of race, sex, and gender with large and vocal opposition on each side. Those who realize that some of the content can be insensitive say that if the genre wants to be taken seriously, it needs to stop playing up old stereotypes and reinvent its old ways. Those who cherish the genre as it is think that these ideas are all a part of the art form, and to get rid of them is to stifle the artist. Regardless of both opinions, if the medium is to be taken seriously as it so desires, the video game industry and community have to start looking at games with a critical eye, and just like most other forms of entertainment, the medium suffers from a perspective that is slanted by men. This causes the stories of women as the basis for video games to be unfathomable and perpetuate the sexist tropes that already flood the media.

In this essay, I will be analyze the male gaze and how it dominates the media, while trying to prove that the female gaze is also something that exists and can be used to tell the stories of women. I will do this through a critical analysis of the game Outlast’s (Red Barrels, 2013) downloadable content (hereto after referred to as DLC) Whistleblower (Red Barrels, 2014) and how it can be interpreted as using the female gaze to give men a perspective on the fears of women.